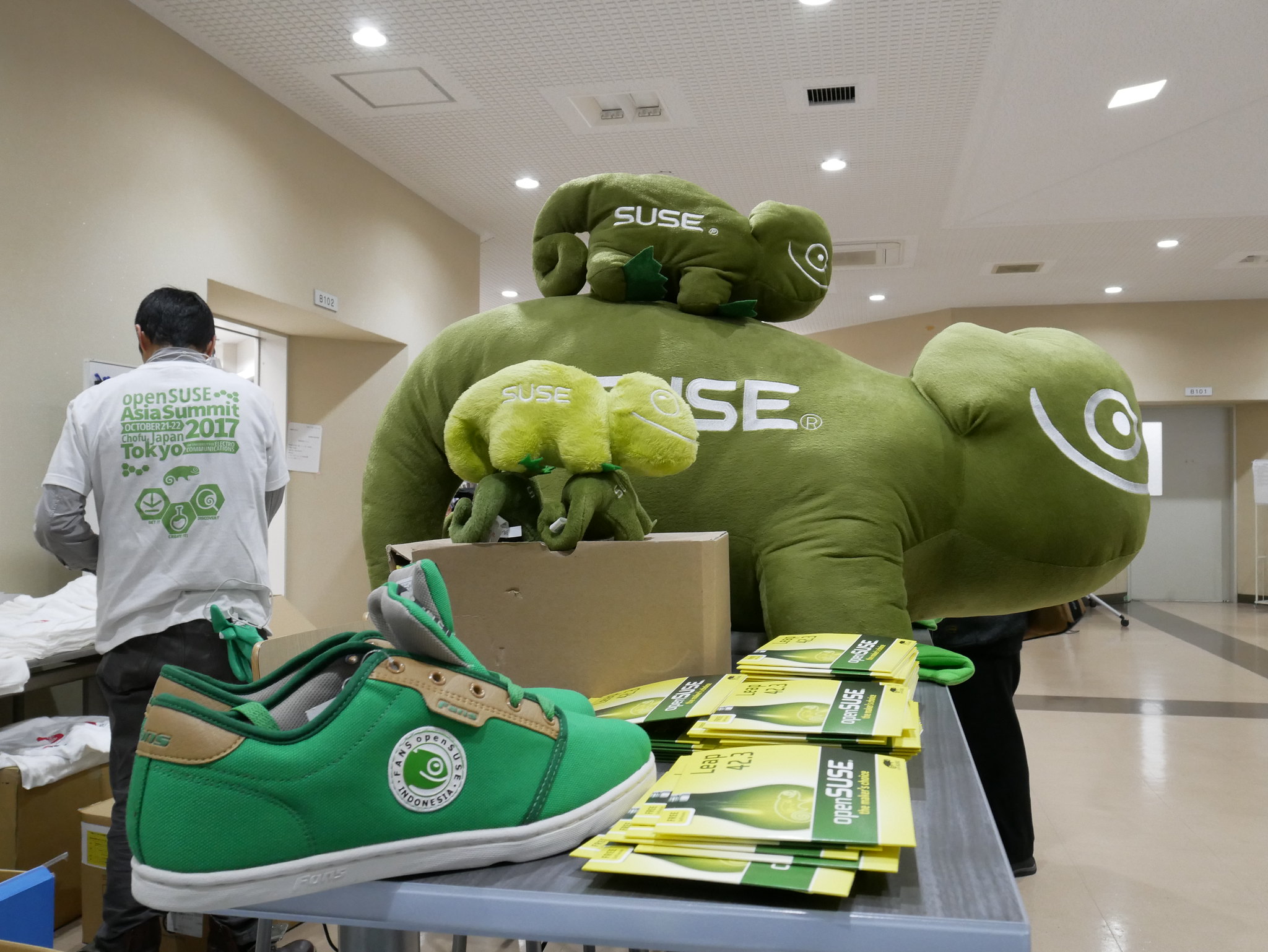 openSUSE.Asia Summit 2017 was held at University of Electro Communication (UEC) Chofu Tokyo on October 20-22, 2017 openSUSE. This summit was the second openSUSE.Asia Summit for me,last year in 2016 held in Indonesia and this year in Japan. After become speaker in the 2016 summit i try to sent paper for 2017 summit and thanks God, the commitee approved my paper with title Getting Started Monitoring with Prometheus and Grafana so i can go to Japan. Yeahhh

When i arrived in Tokyo on Thursday morning it was a rainy all day from landing till i sleep at apartment. It’s autumn but it’s very cold for me who come from tropical area, it’s around 10-16 degree celcius.

In Friday we have welcoming party in University of Electro Communication. It was great to see old and new friend. 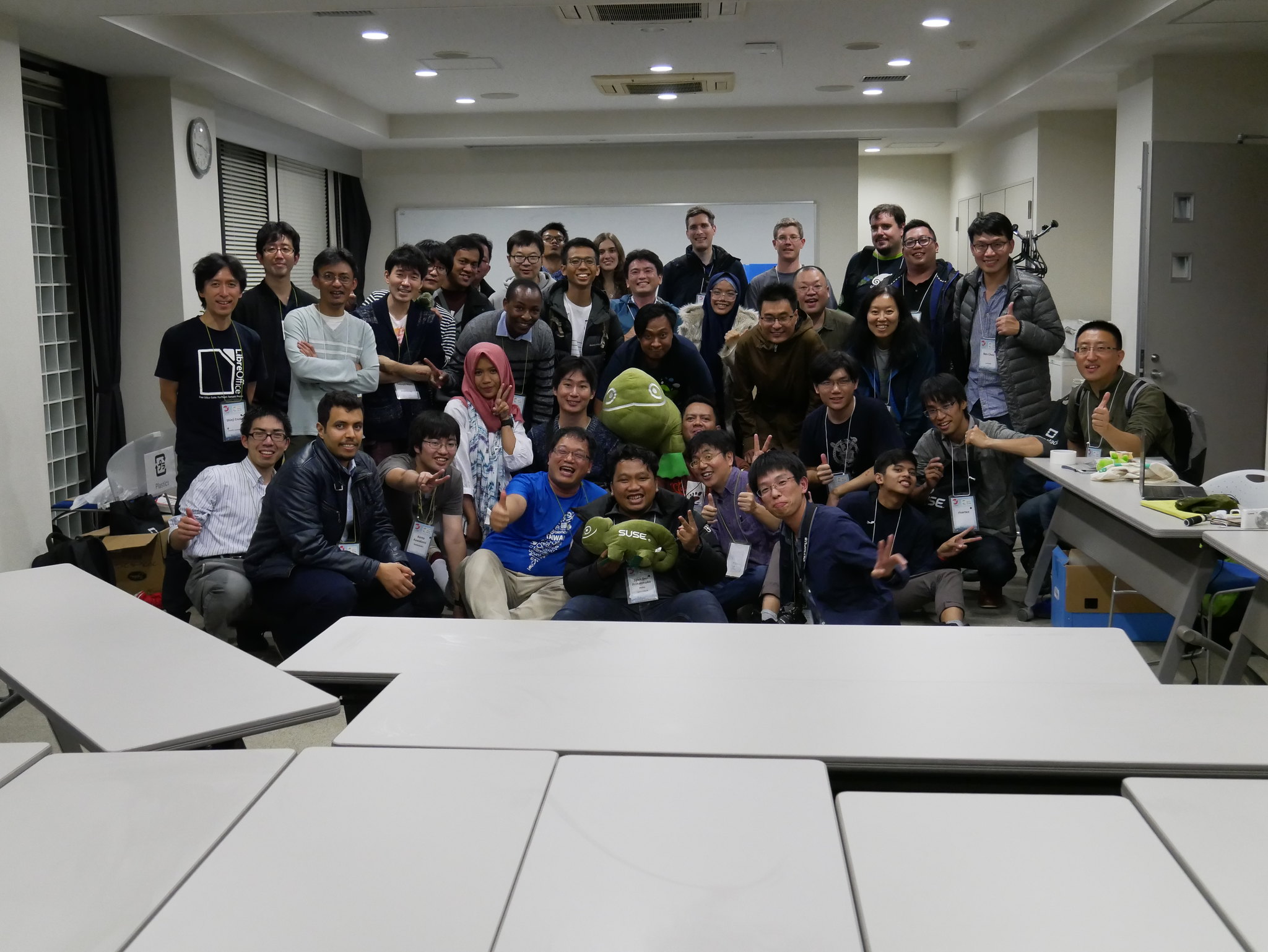 This years, from Indonesia we have 12 people who become a speaker at the summit including me. In this contingen 4 people come from GLiB (GNU/Linux Bogor) 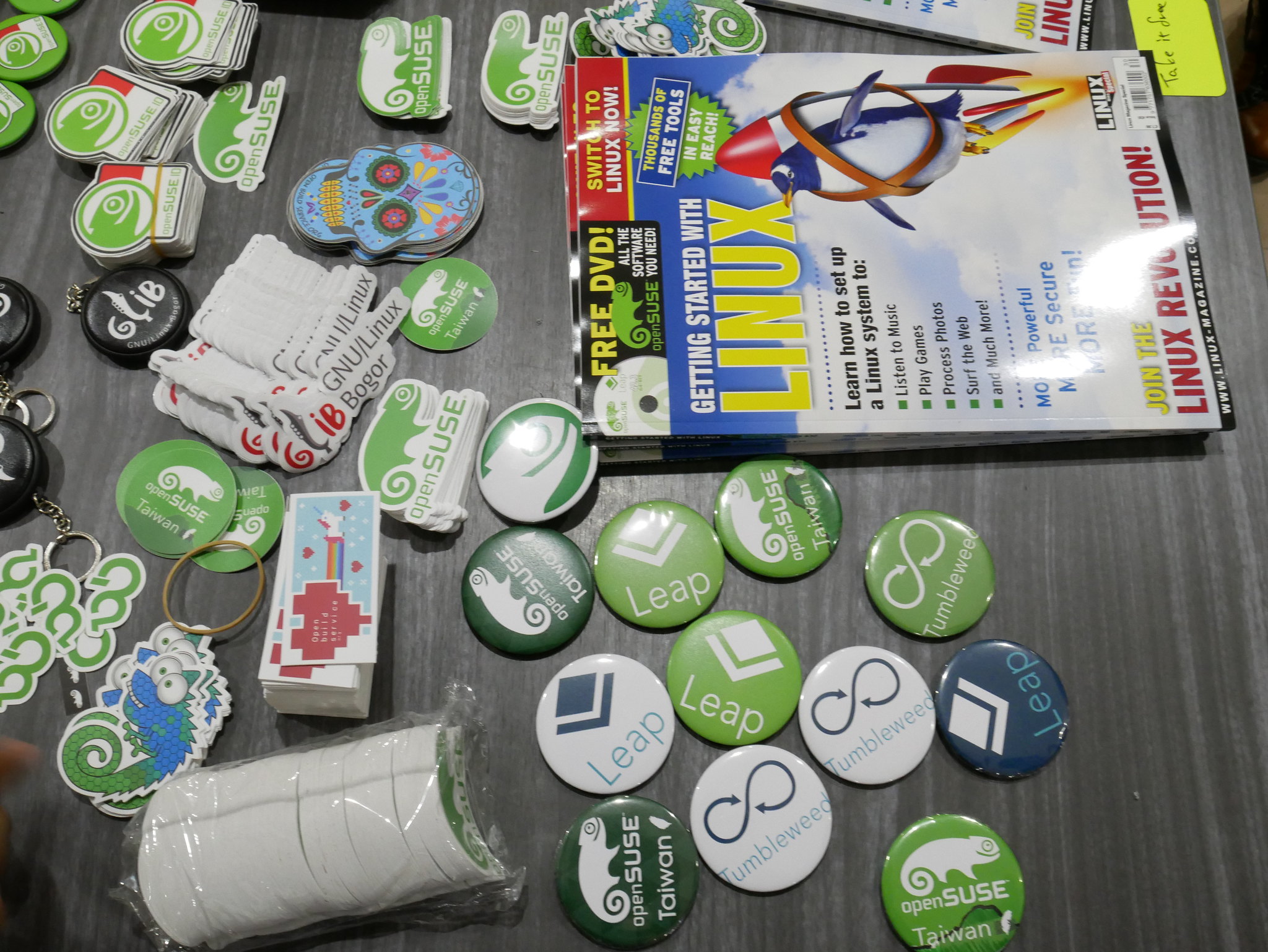 Some souvenirs from summit, there are magazine, sticker and pin from openSUSE, openSUSE Taiwan, openSUSE Indonesia and GLiB (GNU/Linux Bogor)

In Day one i have some talks i want to come. Like Richard Brown, Dhenandi, Kukuh and Alin Class. 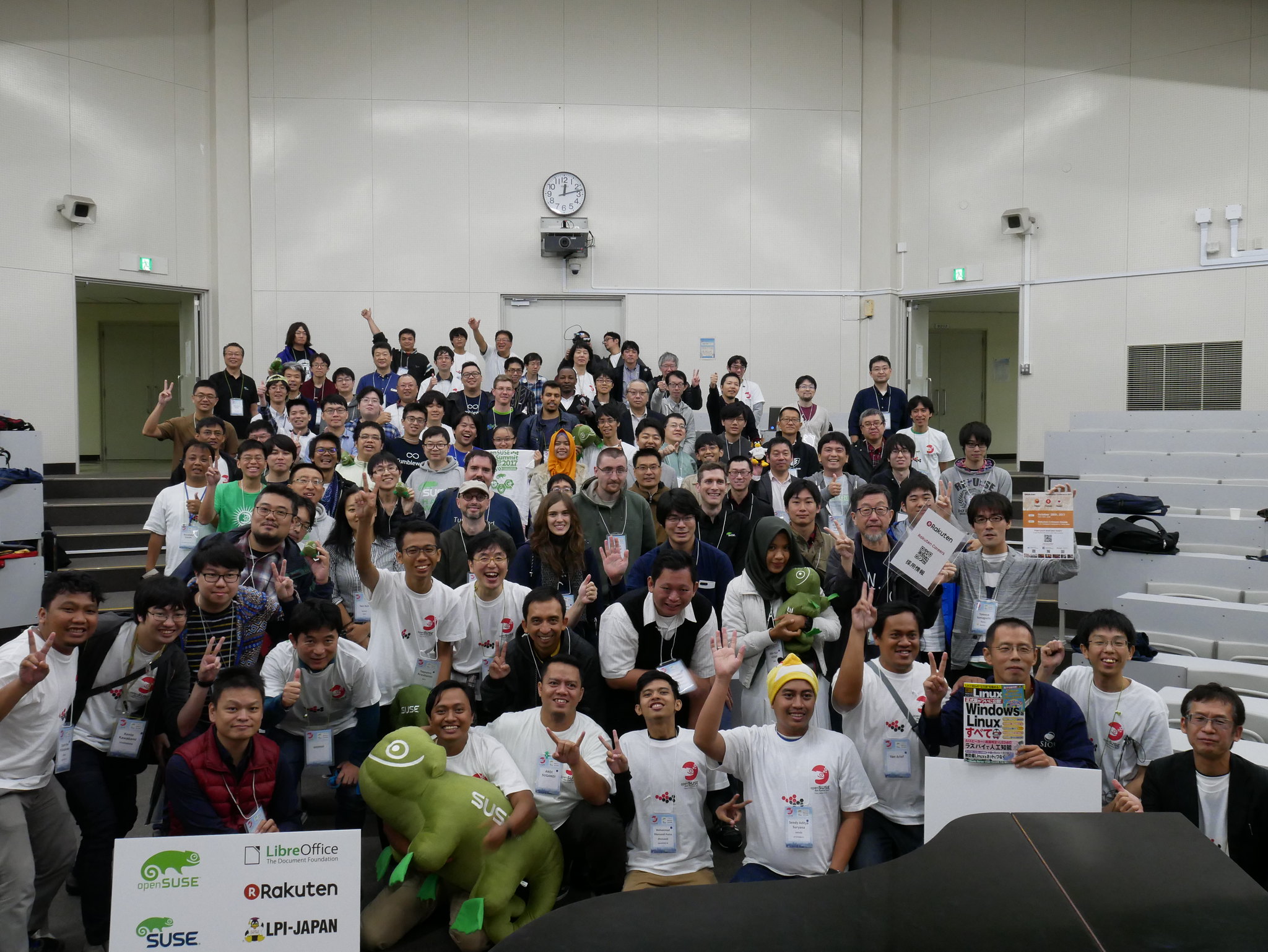 Group photo is a must :D

My talks was in day two. So i need to touch up a bit my presentation, and something was happen after i upgraded my openSUSE Leap some of my apps crash, so i need to repair it. :D 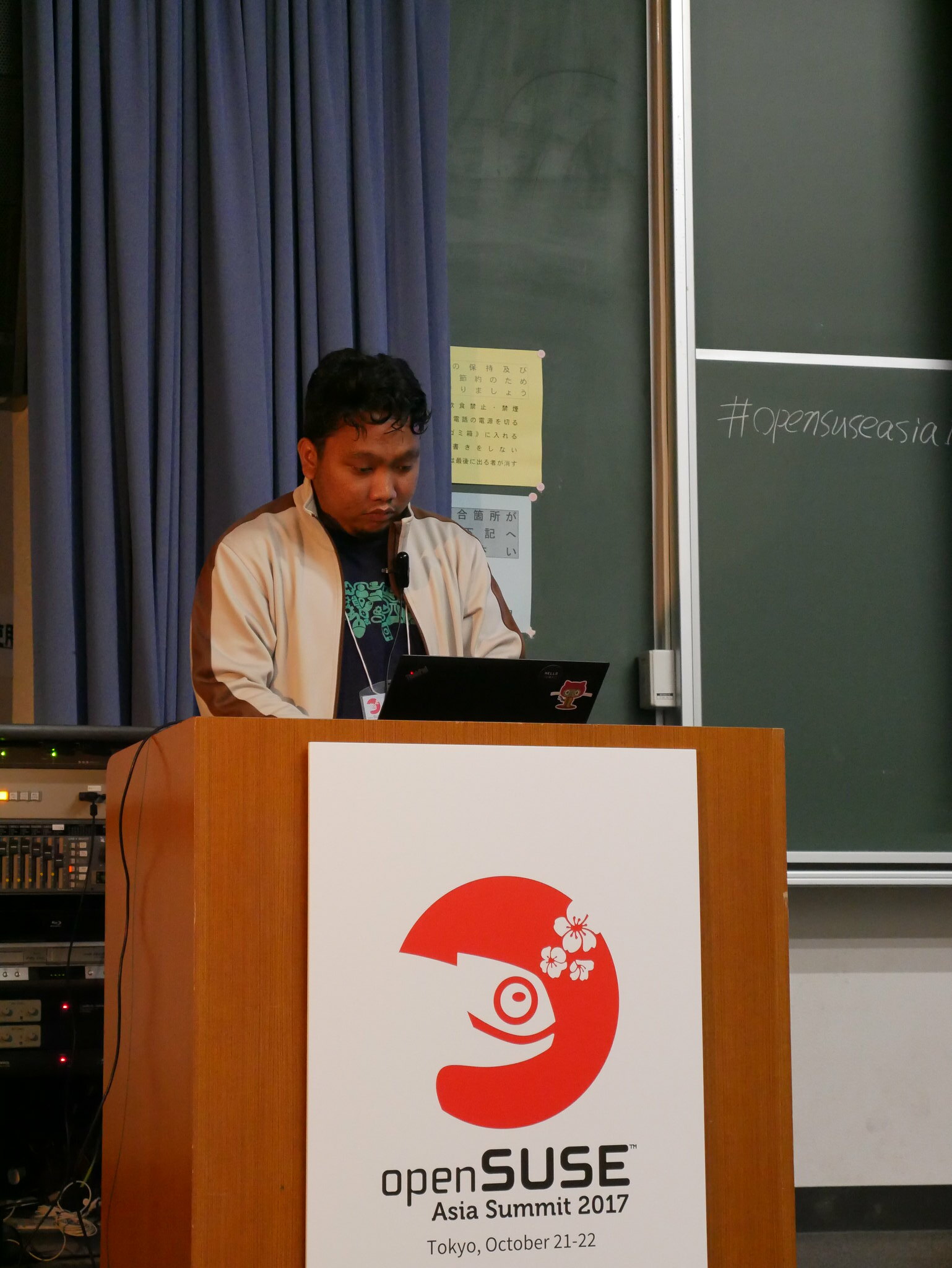 We have tour in monday. When typhoon came in sunday midnight so it’s make the weather good and clear sky. We’re going to Asakusa, Tokyo Skytree and Akihabara 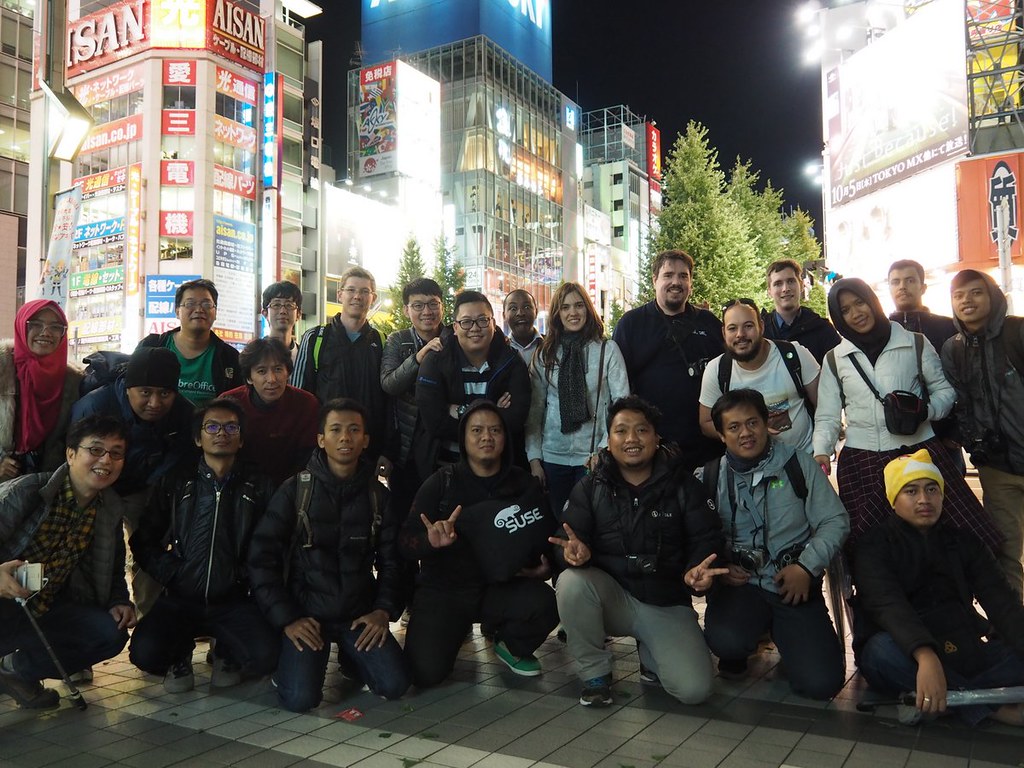 It’s very great conference in the city which i have dream to come because i love Manga and Anime :). You can see more pictures on flickr.

Anyway, i would like to say thank you to all of local team including Fuminobu Takeyama, Kentaro Hatori, Naruhiko Ogasawara, Shinji Enoki, Kazuki Omo and rest of them. ありがとうございました

Also thanks to openSUSE for Travel Support Program.

Thank You and see you in another part of the world. Cheers :D